MSK Taekwondo: My Own Experience 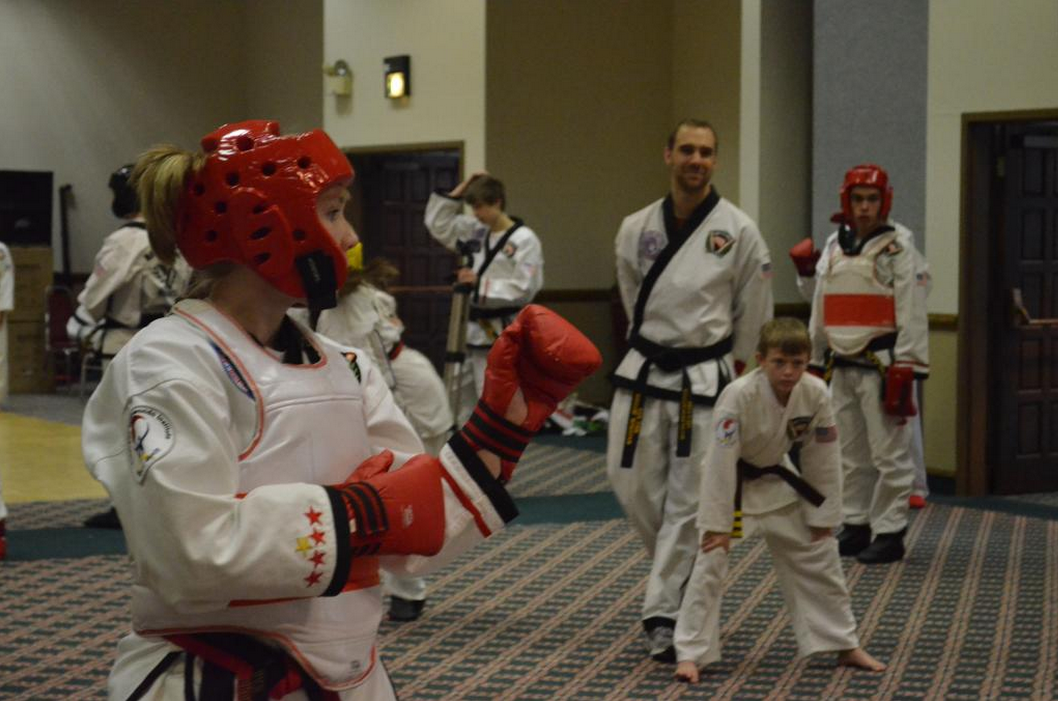 Taekwondo is a very beneficial sport for many reasons, and it helps with other activities such as school, singing, and acting. Because of the self-control and self respect that Taekwondo teaches, it is easier to be more involved in acting, or other forms of public performance. Public speaking is a very important part of everyday life, whether it is presenting in front of a class or acting in a musical or play. It can be very difficult for some people to present in front of people, participating in Taekwondo can provide the courage, and self confidence needed to be comfortable and good at public speaking, and acting. Because of the basics, poomse, and tournaments that go on at Taekwondo the self-confidence of the students is boosted. The boost of self-confidence helps in presenting in front of people, and acting, this can be an important skill for everyday life, and in jobs.

When I first started at the Colorado Taekwondo Institute when I was 5, I was a very shy and not a very outgoing and personable person. I was also a piano player, which made it extremely for me to perform in recitals in front of people. I was unable to even introduce myself to the audience, and I was unable to perform. As I grew older, when I turned 7, I began to sing as well as play the piano, it was very nerve racking for me to play and sing in front of people. But as I became more into Taekwondo it was much easier for me to be able to sing in front of people. Taekwondo also helped me with acting as well, being in theater and having to act and sing in front of people as a different person, is a skill that takes time to perfect, and needs lots of self confidence. As well as performing a play or musical in front of an audience there are actor building games that are played. Some of these games can require a person to make a bold choice in character and then not break character, while performing a scene.  This can be  extremely hard for a shy person to find, and then trying to perform in front of people, can make it impossible for anything to be accomplished.

The way that the classes are taught, it requires class participating and practicing poomse in front of people. At first this can be a very difficult thing to accomplish, but as time goes on it becomes easier to be able to be self-confident.  During these classes also the students are taught about self-control and this also relates to acting, singing, and playing an instrument. Playing an instrument or acting in a show, requires a huge amount of practicing, and commitment. First learning how to play and instrument or keeping up playing on, can be a difficult and time consuming thing. One thing that is difficult for most people is wanting to practice on a regular basis. It takes a huge amount of self control to maintain a regular practice pattern. Playing a part in a musical or play whether it is a lead or a member of ensemble it a huge responsibility and requires a huge amount of rehearsal and practice time.  Being in a musical and being a member of ensemble is huge, depending on the amount of company music that there is and how much the ensemble is participating in, there can be a huge amount of dance steps to learn. The ensemble is the most important part of the play and it requires a huge amount of practice time to keep up with all of the new choreography.

Because of the self-control that is taught at Taekwondo, it makes it easier for me to be able to find the practice time to be part of a musical, or to be able to be a good performer when I sing and play the piano. During my recitals now I have found that I own the stage and I can do it if I put my mind to it. Taekwondo has been such a huge part of my life and it has helped me immensely to get me to stage I am now in performing and in life. I found it so much easier to  be who I am and talk to people without becoming nervous. During my last year in middle school, I was required to do a speech stating why I was ready to move on to high school. This speech was held at a dinner with the rest of the people from my class, and their families. About 100 people showed up to this dinner, and I knew that if I had not participated in Taekwondo I would have not been able to speak in front of all those people.
Posted by Colorado Taekwondo Institute at 12:50 PM