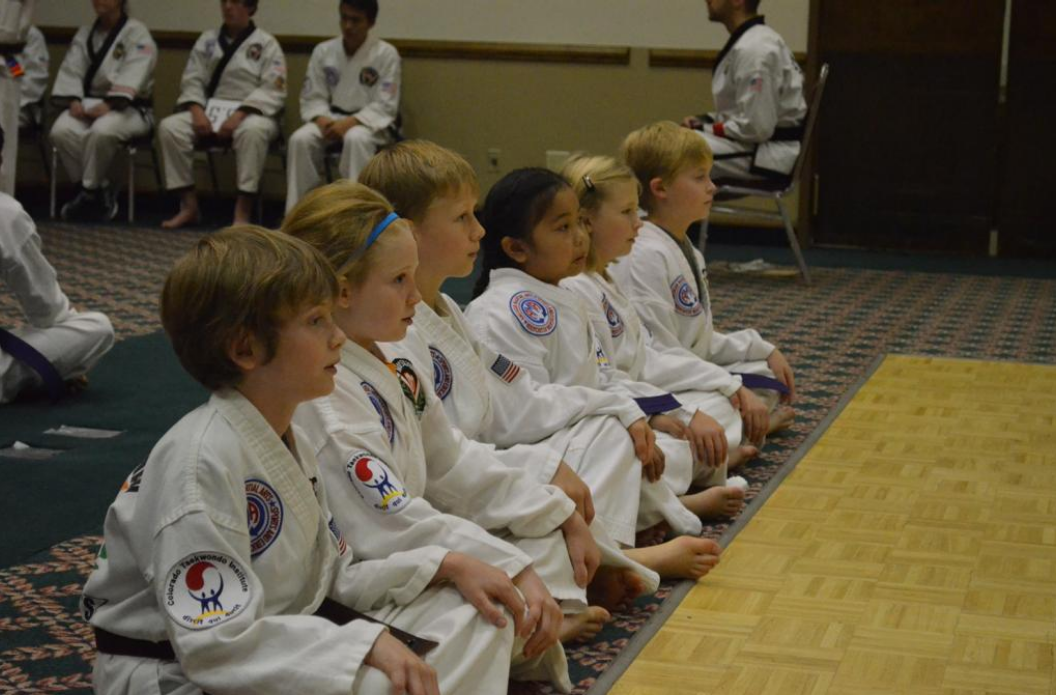 The 19th MSK Black Belt Symposium was a tremendous weekend of education for our Moo Sul Kwan upper belts!  A Symposium record number of  instructors and assistant instructors converged at the Inn at SilverCreek in Granby, Colorado, October 10 - 12, for three days of seminars and classes.

The theme of the 19th Symposium was "Tsunami Time," referring to the continued wave of success that has been enjoyed by the instructors and students so far this year.  The CTI Black Belt Team, recently back from South Korea, the fantastic MSK Summer Expo, the exciting Camp MSK '14, the record breaking 40th CTI Superbowl and the other fantastic events preceding this year's symposium has had everyone operating at a high level.  The symposium participants took the theme and pushed hard throughout the weekend, continuing to ride this huge have of success.

The 19th MSK Symposium began on Friday evening with a special CTI Power Taekwondo workout that got everyone well warmed up!  Symposium participants got a taste of how the black belts train for sparring and enjoyed the lengthy, focused session.  Friday evening finished with lots of good work on self-defense techniques.

Saturday began at 6:00 AM for black belts who worked on poomse and staff poomse.  After a red belt workout, everyone participated in Sparring, Taegeuk and Chang-Hon poomse, and breaking with a concentration in judging technique.  After lunch, special evaluations were given to the participants lasting several hours which included; exercise, basics, poomse, one-step sparring, self-defense and board breaking.  To finish off the afternoon, each Campus practiced their Saturday evening demonstrations with the black belt band.  Then, it was time for rest.

Black Belt Nine played music for the Saturday Symposium Party as the tasty dinner was winding down.  The band, made up of nine MSK black belts, entertained everyone, including playing for each of the Campus Demonstrations.  Each Campus did an excellent job with their demos!  Also during the night, Dustin Wheeler, 4th dan, was recognized for his dedication to the CTI mission of education and MSK martial arts.

To find out what a wonderful time it was, speak to someone who attended!
Posted by Colorado Taekwondo Institute at 5:33 PM