The Benefits of Participating in CTI Tournaments 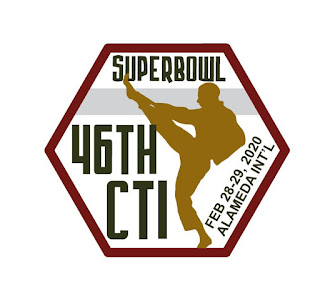 One of the benefits of participating in CTI tournaments is that it gives students an opportunity to take the curriculum taught to them in class and practice it in a different environment. The Alameda High School gym differs immensely compared to the dojangs within the six CTI campuses. At the high school, the rings limit space to do poomse, force students to face different directions, and the wooden floor impacts each and every step taken in the gym compared to the soft carpet in a dojang. This allows students to imagine what it would be like in the real world because most likely, if you were being attacked, you would not be defending yourself on carpeted floors in a safe space. Thus, the environment of tournaments enables students to practice their Taekwondo in a new space that’s more applicable to defending themselves outside of class.

Another benefit of participating in CTI tournaments is that it encourages independence within each Moo Sul Kwan student, raising their self-esteem and shaping them into leaders. As opposed to working out as a class of 10-20 people, students approach tournaments as themselves and must be confident in their knowledge of poomse, sparring, and breaking to compete. Within this setting of a competition, students can not really rely on other people to help them out and instead rely on their knowledge that they have worked hard for in class. Furthermore, by interacting with new black belts and making sure to ask them what they can work on, students will develop their understanding of concepts by hearing advice from other people. Thus, tournaments provide personal learning experience for Moo Sul Kwan students to expand their Taekwondo knowledge and become a leader.

Finally, a benefit of participating in martial arts tournaments is that it’s an awesome social event that allows you to meet new people that share the same interests as you. When limited to your campus, students have the same 10-15 people they interact with and learn new things with. However, when participating at tournaments, students meet a variety of people from tiger white belts to the master instructors that could eventually become close friends. Not only does attending tournaments motivate students socially, but it gives them opportunities for friendly competition, especially when divisions consist of the same people at every tournament, and motivates them to become better students in general. As a result, participating in CTI tournaments welcomes students into an amazing community where they can meet new people and learn from them as well.