Franklin Covey has an excellent video of time management entitled “Big Rocks” used in the book and training series 7 Habits of Highly Effective People. In this video a person from the crowd is asked to place several large rocks in a container already full of sand. For a few minutes the participant tries to no avail. Fast forward a bit and we discover the key to fitting it all into the container is to place the big rocks in the container first. Not only do they all fit, but the sand and a gallon of water will also fit in the same container.

This concept is the basis of the Franklin Covey time management system. It also has its practical application within Taekwondo. Some of our “Big rocks” in life might be Quality time with family, Work, School, Homework, Meals and personal upkeep. As a Taekwondo student aspiring to become a black belt or achieving the next level of Black Belt, daily workouts need to be a big rock. How do you fit it all in?

Start with making a plan for success. For everyone, a proper diet, rest and time quality time with family need to be our top priority. If we do not feed and rest our body properly we will be unable to accomplish anything else with a measure of a high level of success. Family is also very important. I wonder if we truly appreciate just how much our family and friends play into our success in life. 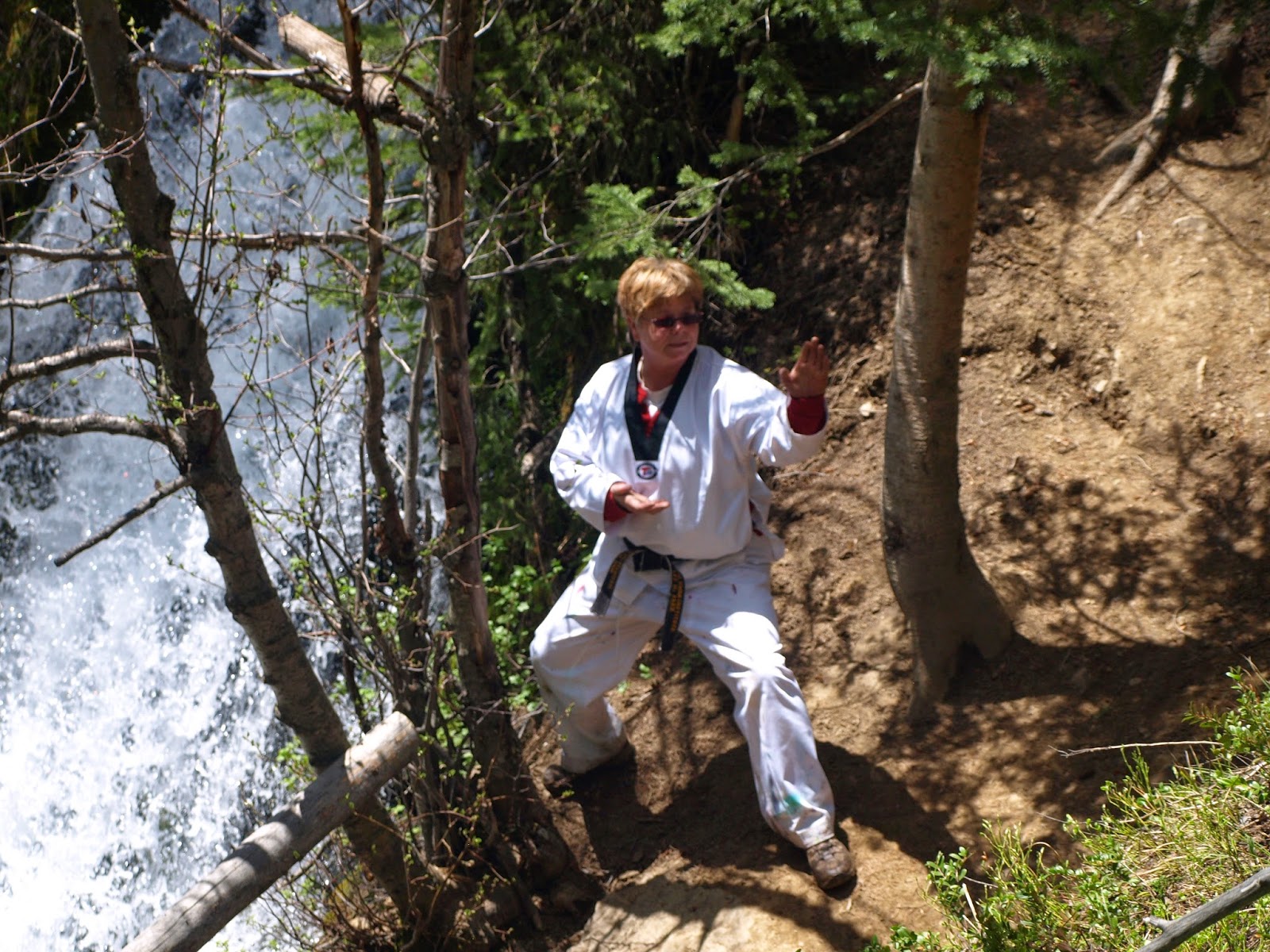 A student’s next priority should be homework and studying. Without acceptable grades, we are missing a vital piece of our Colorado Taekwondo Institute mission statement, “Educational Excellence.” For adults, work is often the next priority. Between sleep, personal upkeep, work and spending time with our family, it does not leave much time for anything else. But consider this. Even if we are left with 10 minutes at the end of the day, it is enough time to complete all of our Chang Han Poomse. 10 minutes even allows for up to a 30 second break between each poomse. In fact you have enough time to do almost a minute and a half of pushups and sit-ups at the end. What type of impact would an extra 10 minutes of Poomse a day have on our training?

I believe this concept of big rocks can even be applied within the task of practicing Taekwondo. Discuss it with your instructor, but the primary “Big Rocks” would be Jumping Jacks (Cardio), Basics, Poomse and Monthly homework. If these more important tasks are attended to, we would be amazed at how easily it would be to fit in tasks like self defense, one steps, advanced self defense, advanced kicks, articles, etc.

As with anything, in order for this concept to work we must consider three things:

Posted by Colorado Taekwondo Institute at 5:34 PM No comments:

Camp MSK '11 was definitely one to remember!  The Camp started out with perfect weather and it only got better.

We started out with a flurry of action and learning.  By the time the first two days were over, we had ridden our bikes, tested our black belt candidates, started putting together our team demonstrations, hit the zip line, rode the horses, climbed the wall, tye-dyed our shirts, worked on one-step sparring, self-defense, basics, exercise, poomse, sparring, swam in the pool, went to an outside movie, played the CTI Kickball Championships, performed musical breaking and so much more!

Throughout the week, Cindy Tusa kept us well fed as always with the help of Pam Sautel and Master Jones.  (Master William R. Jones, 5th dan, was our special guest at Camp.)   After each meal, one of the Camp Teams was responsible for clean-up.

Square dancing took place on Tuesday evening at the Legett building for the older campers, and it was up to it's usual excitable pace.  People could hear them for miles around as they laughed and shouted the session away to the sounds of a professional square dance caller.

As the Camp MSK week rolled on, everyone go a lot accomplished.  The best way to find out about everything that happened is to ask the lucky ones who had the chance to attend this year's Camp MSK.

Here is a list of the participants by teams.  (Note that each team was named after one of our first six Vice-Presidents of the United States of America)

Click here for a few photographs or this special week! http://www.coloradotaekwondo.com/page/show/277786-camp-msk
Posted by Colorado Taekwondo Institute at 1:00 PM No comments:

It isn't a feeling or an attitude: it's a lifestyle choice.

The first thing you need to understand is that "integrity" is more than being honorable or honest. It isn't an attitude or feeling you can have fleetingly; in short, integrity is something that affects all aspects of your being, and everything that you do. It isn't a feeling or an attitude: it's a lifestyle choice.

The Merriam-Webster dictionary defines integrity as "(a) firm adherence to a code of especially moral or artistic values: incorruptibility." This is a good definition, but it does not emphasize the weight of of the importance that integrity holds. It is not something that can be done half-time or with half-effort. It's all or none, plain and simple. Integrity is a trait that affects all of our choices, our ideas, and our judgement. You either have integrity, or you don't. There is no in-between.

Like I said before, integrity affects everything, from being honest about our age, to honoring the societal rules and etiquette and having the courage and honesty to admit when you've done something wrong. Holding yourself to a higher level of honor and honesty at all times is only a part of integrity. There is also the matter of how you treat yourself. How can you treat others with respect and honesty if you don't respect or be honest with yourself?

I try to hold myself with integrity, but it's difficult. One such occasion where I was tempted to just let my integrity hit the ground was during a gym class basketball tournament. The winners would receive 50 points of extra credit, guaranteeing a passing grade in the class. My team was in one of the final rounds. The opposing team lost control of the ball, and just as it was about to go out of bounds, I touched the ball, trying to catch it. The referee didn't see me touch the ball, and called it an out on the opposing team. But I knew that wasn't right. It was their ball. My team members told me not to tell, to just let it drop this one time. They needed those 50 points, they said. Don't make us lose, they said. But I wouldn't hear any of it. If I let this go, what else would I be excusing? I had to maintain integrity at all times, not just when it was convenient for me. I went to the referee and told him about the ball. In the end, we lost the tournament that day. But I didn't lose my integrity.

It's hard. It's going to push you to the limits of what you know is right, and what you know you want. There will be hundreds of times where you want to just "forget" integrity and let things be as they are. But despite these temptations, you must push through, and hold to your integrity. Because at the end of the day, either you have it, or you don't. And as a member of Moo Sul Kwan Taekwondo, I want to have the honor of being able to say that I am one of the handful left in this world who believe in true integrity.