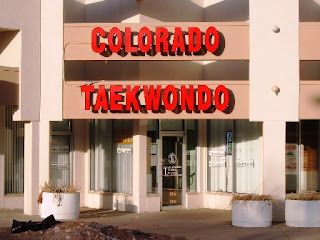 When someone says “martial arts,” what comes to mind? It may be a movie star like David Carradine, Chuck Norris or Bruce Lee. For me, it used to be Jackie Chan. I like that he always plays a good guy and the use of every day objects and set props in his fight scenes are wildly clever. Since I began learning taekwondo, the words, marital arts, bring a completely different set of images to my mind.

Colorado Taekwondo Institute is a wonderful educational journey which encompasses mind, body and spirit. Littleton is much like other Colorado communities in that it offers a wide range of activities. When I got tired to the health-related activities that had become a part of my life, I searched close to home for something that would motivate me to stay active and offer a learning component. (Really: how many times can one do a bicep curl and not get bored?)

Historically, as indicated by the word “martial” defined as appropriate to war, early forms of martial arts were created for combat situations such as military, law enforcement and self-defense. Throughout the centuries, martial arts have also become a way to create personal physical and spiritual fitness. The spiritual component may have started due to the creation of these arts by monks and nuns. The concept of martial arts as a sport solidified in the 20th century when various sparring forms became competitive. For example, the summer Olympics now have competitions in taekwondo, judo and boxing.

The Littleton location, as well as all other locations, of the Colorado Taekwondo Institute (CTI) offers a great workout for bodies of all ages and genders. As mentioned previously, in addition to contributing to physical fitness, martial art training has benefits for mental health. Who doesn’t want to have better self-esteem, emotional and physical self-control and spiritual growth?

I am over 60 years old and began taking martial arts only a few years ago. As an unusual age demographic for a beginning student, the reasons I was attracted to marital arts are the same reasons as everyone else which it usually one or more of the following: physical fitness, self-defense, mental alertness and to create a learning opportunity. Senior citizens are overlooked in this type of sport and rightfully so as they are not the first people that come to mind where martial arts are concerned. People who have been active most of heir lives find the desire for fitness does not disappear just because one’s knees are no longer able to do a double-diamond bump run when skiing. We have learned to adapt our fitness routine to make it more age-appropriate. Littleton CTI black belt instructors understand how far to push to achieve the maximum benefit. They help me improve stamina, create the ability for physical safety and assist me with my ever-diminishing memory. To illustrate the improvement in my daily life, I can testify the few times I have fallen in the last year have resulted in little to zero body damage which I can only surmise is due to improved coordination and body awareness.

Not every form of martial arts is right for every student. And, not every school is right for everyone. But, I have observed a wide range of students at the Littleton campus of CTI who are having fun while learning and living better lives. The school has created the experience many different people are looking for in martial arts.

My grandparents worked physically tough jobs and had no need look for external fitness routines. Similar to other baby-boomers, my occupation tends to create more opportunities to get a keyboard workout than one which encompasses the entire body. I plan to go into retirement in Littleton in fighting shape and a Moo Sul Kwan Taekwondo marital arts education has created the process to do just that.
Posted by Colorado Taekwondo Institute at 5:20 PM No comments: 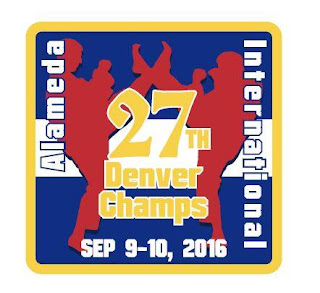 Students of all ages and belt levels compete in the over 200 divisions.  Through the rigorous preparations for the championships, and the performances taking place day at the DMAC, competitors gain so many successes and learning.  This takes participants to a higher level in their Moo Sul Kwan martial arts training!