Sweating and Learning in the Summer

The last part of July saw the largest CTI Summer Day Camp on record!  Students and instructors came from all Campuses and other programs to train at CTI Headquarters, Green Mountain Campus.

There was so much action that this week seemed more like a "boot camp" than some leisurely summer relaxed outing.  Students worked, sweated, laughed and pushed so hard till their rest times came that there had to be a lot of calories burned and bodies and minds strengthened!  The morning sessions began at 8:30 AM and the afternoon sessions began at noon.  Classes ranged from exercise and basics to target kicking and self-defense.  There were also CTI movies to watch at lunchtime and plenty of MSK games that were enjoyed by the campers of all belt levels.

Be sure and sign up for our annual Christmas Camp in December!  It will be the best thing you could do for yourself during the holidays!
Posted by Colorado Taekwondo Institute at 2:00 PM No comments:

Our 14th Lee H. Park Team Championships is on December 8th.  This most special event will take place at Alameda International High School in Lakewood, Colorado, and begins at 7:00 AM with the upper belt competitions.

This day is different from the other tournaments that are held througout the year.  It is our 4th CTI Hanmadang!  At the CTI Hanmadang, various areas of MSK training are displayed.  These Team Competitions and events are not normally seen at the other tournaments such as the CTI Super Bowl, the All-City Champs or even the D.M.A.C.  At the CTI Hanmadang there is no sparring, but there will be exciting competitions like; Team Poomse, Team One-Step/Self Defense, Team Breaking, Family Demos, Most Kicks Kontest and others!

Students of all ages and belt levels will be involved in this day that is set aside to celebrate Moo Sul Kwan Martial Arts.  Brought to the United States in 1969 by founder Great Grandmaster Lee H. Park, the students and instructors honor his memory by preparing for this day like no other!

Also, we will be hosting our annual CTI Christmas Party.

Later that evening, we are having our 2012 CTI Christmas Party!

Held next door to the Green Mountain Campus, there will be fun, fun, music and more!  It's rumored that there will be a special surprise guest in store for the evening!  Everyone is invited!
Posted by Colorado Taekwondo Institute at 11:00 AM No comments: 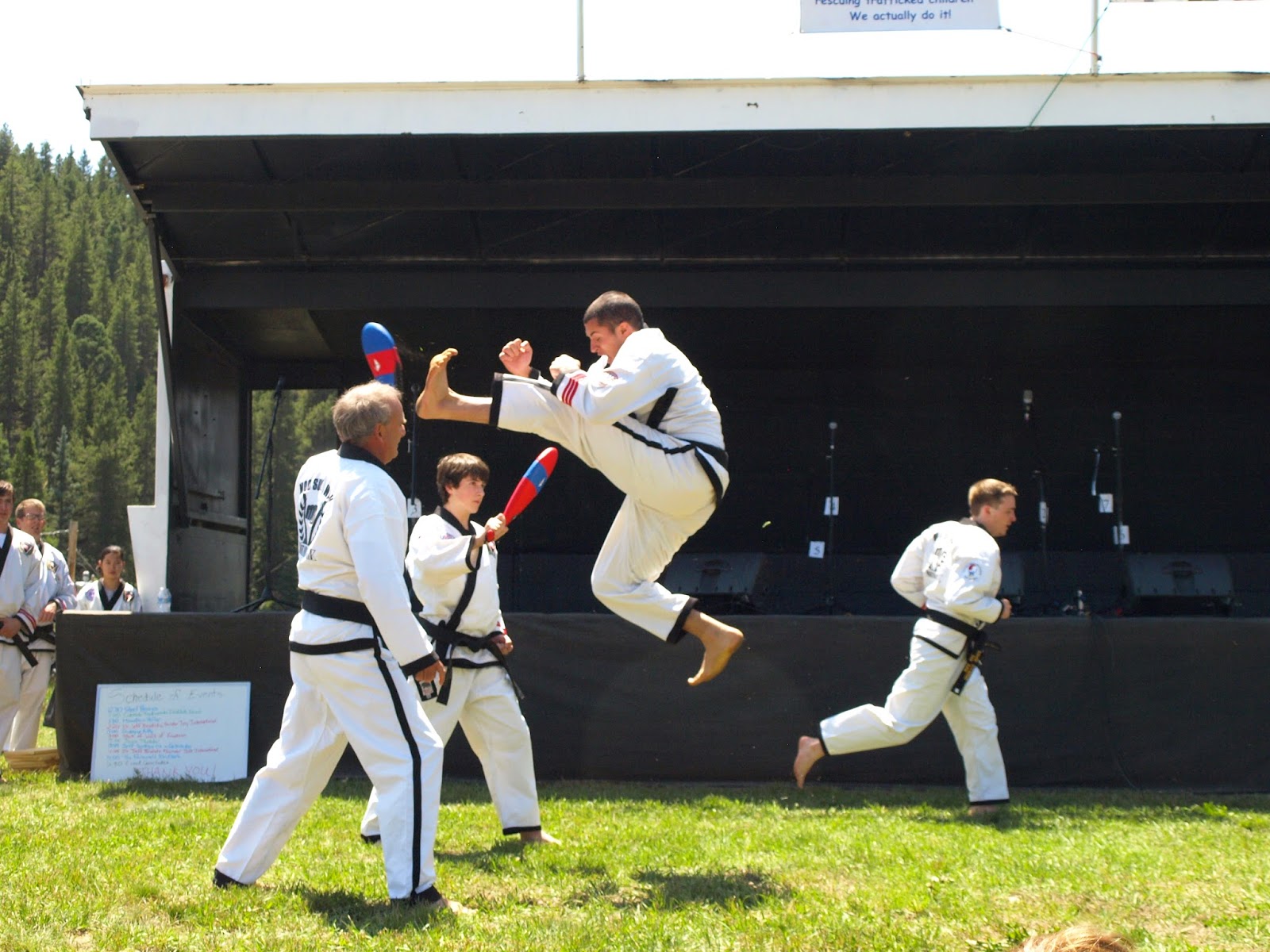 We must always do the right thing.  Stick by your ethical standards, no matter what life
throws at you.
Posted by Colorado Taekwondo Institute at 1:25 PM No comments: