“The most permanent lessons in morals are those which come, not of book teaching, but of Experience” -Mark Twain: A Tramp Abroad

Definitions of Integrity as defined by the Merriam Webster Dictionary:

Firm adherence to a code of especially moral or artistic values:
The quality or stat of being complete or undivided: completeness 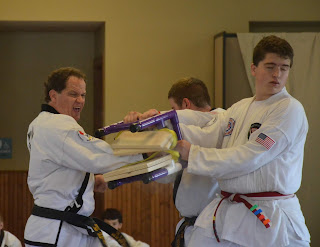 The definitions listed above, like many characteristics, are pretty simple to interpret, do the right thing.  While there is no challenge in understanding the meaning it is the ability to be ever vigilant in living to one of the highest character standards of all…INTEGRITY.

Integrity, to me, means trying to do the right things all the time.  As many of you know, integrity is a characteristic that can come under challenge by any one or at any time.  While pondering on and somewhat struggling on what to write about integrity I ended up on the World Wide Web and came across many fascinating and inspirational stories about integrity.  Stories where people are faced with the challenge of doing the right thing even when they thought nobody would know if they chose to do the right thing or not.

I read several stories where people were faced with the challenge of doing the right thing.  One story that I really enjoyed, as it brought back great memories with my dad, was about a young boy who was fishing with his father late into the evening the day before Bass Season.  During this evening they had been successful in catching sunfish and perch.  When the boy hooked and caught a big Bass he wanted to keep it.  His dad checked the time informing his son that he would need to return his catch back to the water as it was only 10 p.m. and still two hours away from the opening day of bass season.  Although the young man did not want to return the fish with the guidance and words of wisdom from his father he chose to do the right thing.

My favorite story, however, was about a successful businessman on the verge of retirement and his approach in choosing the next CEO of the company.  Instead of going through the traditional selection type process with his young talented executives he decided to give each of them a seed to plant, water and grow over the course of a year.  Each executive took their seed home eagerly planting it in a pot of soil.  Over the course of the year the executives talked about the plant, tree or bush their seed had turned into.  There was, however, one executive who did not join in on these conversations because no matter how much care and attention he paid to his seed it would not grow.  After a year the CEO met with all of them as promised complimenting them on the beautiful plants and trees they had grown. He told them “Today one of you will be appointed the next CEO.  As he surveyed the room his eyes fell upon the pot of dirt of the executive who was unable to get his see to grow.  He asked this young executive to forward asking what happened to his seed.  The young executive told his story of how he planted, watered and cared for the seed over the course of the year but it just would not grow.  At this point the CEO of the company asked everyone, except this for this executive to have a seat.  Once everyone was seated he said “Behold your next Chief Executive Office.”  At this point in the story the CEO looks at the rest of his executives and says “One year ago today, I gave everyone a seed.  I told you to take the seed, plant it, water it, and bring it back today.  But I gave you all boiled seeds; they were dead – it was not possible for them to grow.  All but one of you brought me trees and plants and flowers.  When you discovered the seed would not grow, you substituted another seed for the one I gave you.”

This story, like many of the stories about integrity, is about doing what you know is the right thing no matter what.  It is about doing the right thing because you never know who may be watching.  Integrity is a characteristic, when placed at the forefront of our being, will be the beacon that helps us adhere, to be undivided in the endeavors of life.
Posted by Colorado Taekwondo Institute at 3:59 PM