Poomse means “pattern movement.”  It’s a choreographed set of moves that help students to use their kicking, punching, blocks and stances together.  This is the area in Taekwondo where we combine our basics; almost like a dance routine.  For me, this is my favorite part of class.  I like doing poomse because it not only challenges me physically, but mentally.  In order to perform a poomse correctly, you must memorize the moves and the direction.  You also learn to control your strength, balance, breathing and eye coordination. 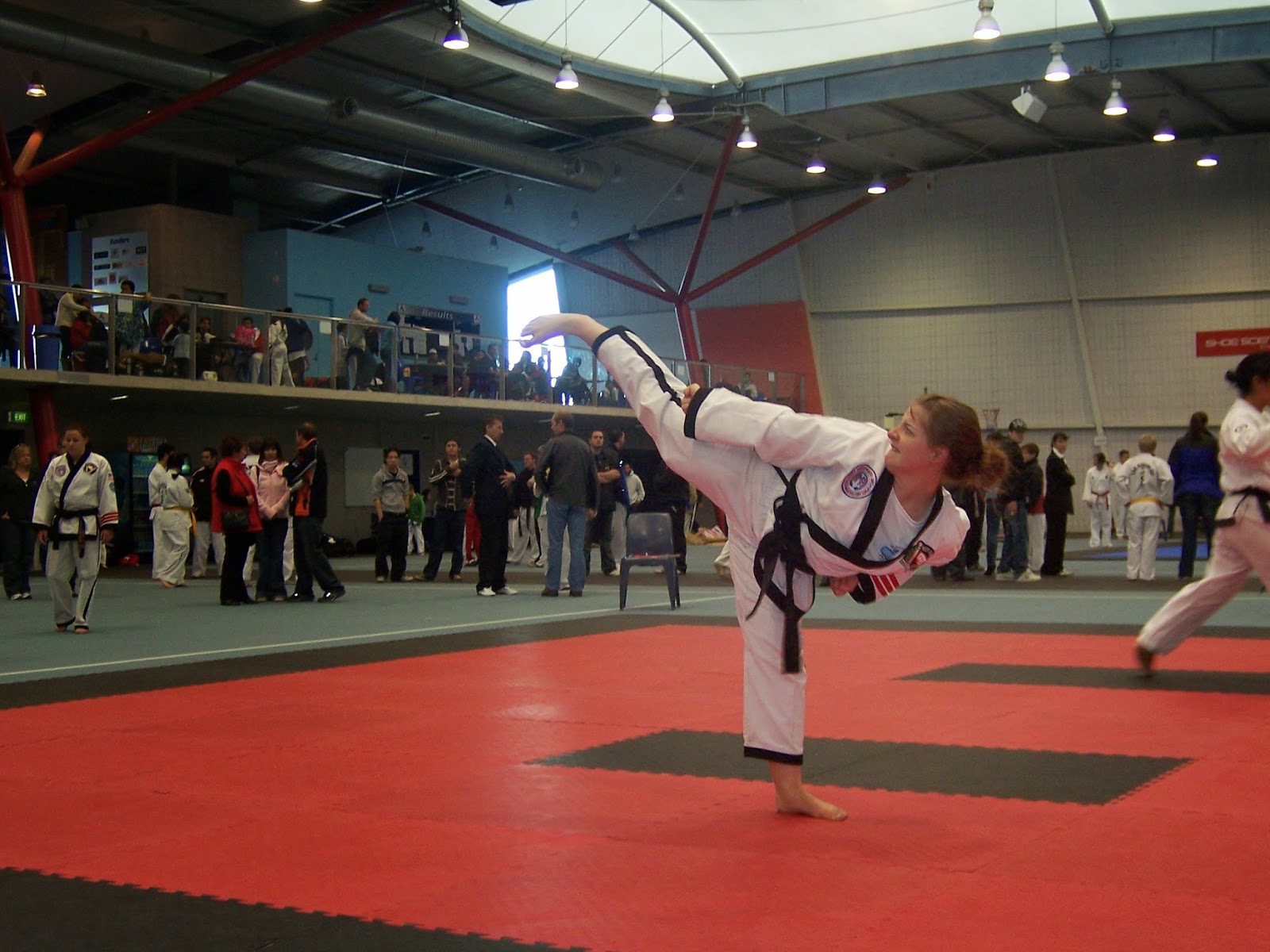 With Poomse, we are all connected.  Though we may come from different back-grounds and different schools, we are able to come together and perform a poomse as one group.  We don’t even need to speak the same language.  Poomse in itself, is a language.  Each poomse has its own meaning.  When you perform a poomse, you represent the meaning for that poomse.  Any person from any part of the world who has practiced performing poomse, could watch you and understand what you are expressing.  They could jump right in and perform the poomse right along with you.

Without even speaking to each other, we communicate through poomse.  We connect through the movements, power and speed.  Have you ever performed a poomse with someone you usually don’t do poomse with?  Maybe in the beginning he or she was going slower or faster than you.  Did you find that somehow both of you managed to come together by the end?  This connection happens because you both understand the poomse. I am still amazed when I watch a group of people perform a poomse.  It’s magical and powerful.

Every time I perform poomse with any of the students at C.T.I., I become energized.  We could not have seen each other since a tournament or not even know each other, and in the process of performing poomse, we become connected.  This connection is not like any other I have ever experienced.  It’s a connection of deep respect that flows through the body while the techniques are being performed.

The next time you are in class performing poomse, take a look around at your fellow students.  Notice how different you all are, but at the moment of performing poomse, you become one. I am grateful to be a part of something that the majority of society does not share.  We at C.T.I are part of a very special group.  When you watch people doing a powerful poomse, look for the connection they have.  That connection is what makes poomse so vital to our martial arts training.
Posted by Colorado Taekwondo Institute at 10:51 AM