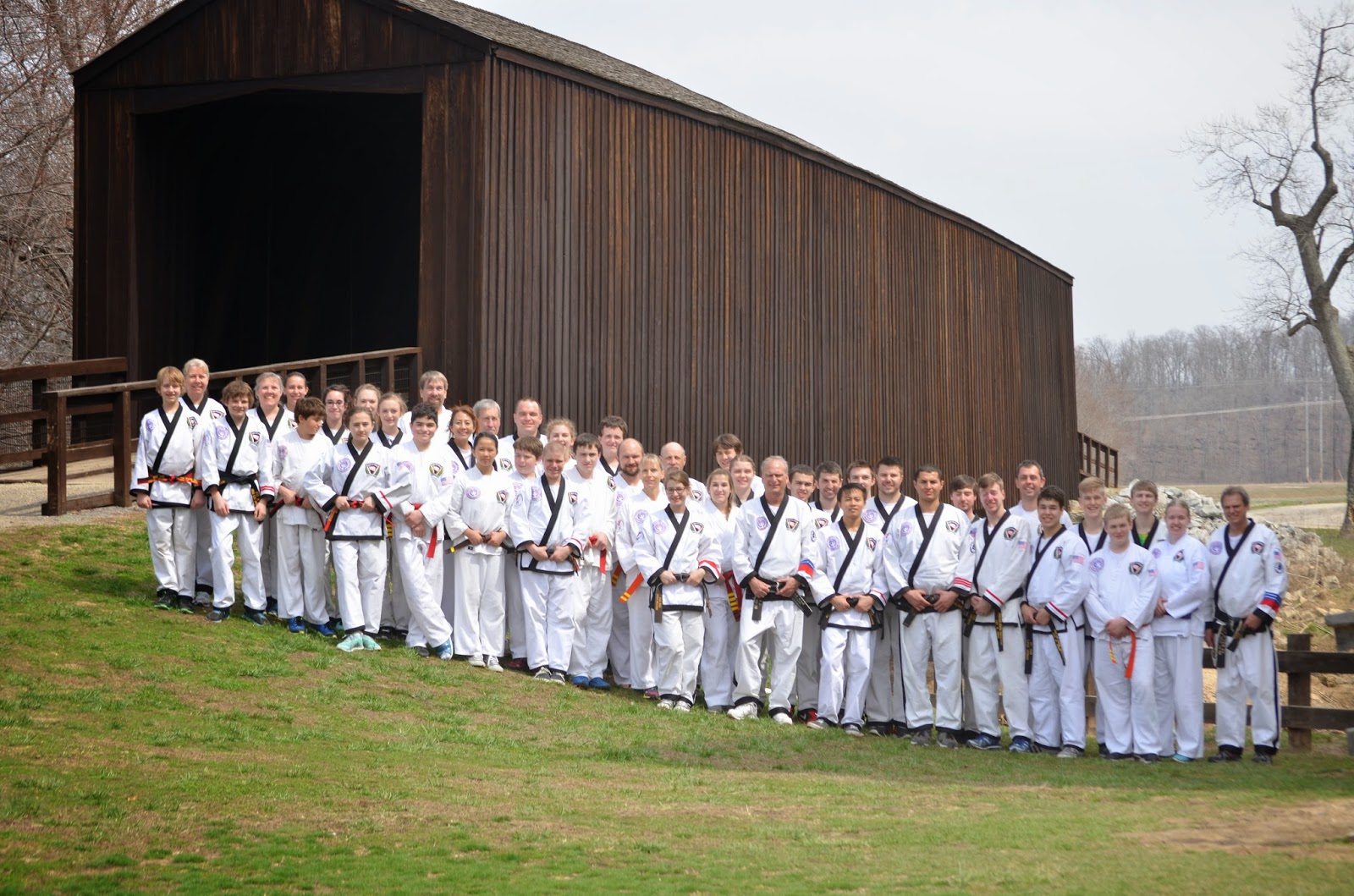 Students and instructors from across the AMASEA trained in many different subject matters and had a wonderful time.  To mention everything that was accomplished would be impossible, but here are the highlights.

45 members of our Colorado Taekwondo Institute chartered a bus and traveled to the National Convention from Denver.  Leaving on Thursday evening, the first big stop was at the City Museum of St Louis.  Everyone had a good time exploring everything that the fun and intersting museum had to offer.   Then it was on to Cape Girardeau, Missouri, 115 miles south of St. Louis on the Mississippi River.

The action began on Friday evening on the SEMO Campus.  Classes covered many areas of martial arts training including; free sparring, poomse, self-defense, kicking techniques and much more!

The next morning stared off with a demonstration by our group from the CTI.  The demonstration involved one-step sparring, palgwae poomse, chang-hon poomse, taegeuk poomse, advanced kicking, self-defense, staff poomse and more!  Backing the action was live music performed by some members of Moo Sul Rock, our own black belt band.

Following the demonstration, there were many different, inspiring classes taught by the 6th and above dans.  Rotating from instructor to instructor, everyone had fun learning from each of the Masters and Grandmasters in sparring, self-defense, advanced kicking, one-step sparring, poomse, falling and throwing and more.

In the afternoon, more classes were presented for the participants of all ages and belt levels.  The black belts started the afternoon with GGM Sautel in bo-staff, then went on to work with GGM Kimm on belt techniques, GGM Shin on choking and arm-bar techniques and GGM Hildebrand on MSK Hapkido cane techniques.

After Saturday's action, everyone went to the AMASEA Convention get-together in Jackson, Missouri.  AMASEA yearly awards were presented and everyone had a chance to talk about the weekend.  AMASEA Instructor of the Year went to our own Mindy Sautel (Green Mountain School) and John Sautel (Littleton School).

The highlight of the evening were speeches give by Great Grandmaster Shin and Great Grandmaster Kimm on the importance of doing what we do.  Then, Moo Sul Rock played the night away with Walt, from Walts Music helping the cause.  Special guest singers included Master Doug Johnson, Master Mindy Sautel, Master Alan Williams, Jani-Stanton Williams and our bus driver Todd!

When the National Convention concluded, our group boarded the bus drove into the countryside to historic Bollinger Mill, site of one of only four covered bridges left in the state of Missouri.  Everyone toured the four story stone and brick water-powered mill.  It was begun in 1848, and completed around the Civil War.  The group took some great pictures in front and inside the famous covered bridge.  The bridge, 140 feet long and 14 feet wide, every inch was used to take some excellent photographs.

After some filming in the trees around the mill, it was on to the home of Master Bill Jones, 6th dan and his family.  Food, games, conversation and fun was in store for everyone at the Jones Family Home.  Grandmaster Hildebrand, his wife Linda, and Master Hendrickson joined us and helped finish the weekend in style!

CTI students and instructors who attended were:

To see some photographs of this incredible trip, click here!
Posted by Colorado Taekwondo Institute at 1:44 PM