Day seven of the CTI Black Belt Team World Tour '14, started off with an incredible three or so mile morning run and workout.  Running through the streets of Jeju City in the early morning, the team jogged through the side streets lined with shops, food stores and countless businesses waking up and preparing for the day.  Along the way, the team stopped at a few small hidden spots and did poomse, broke a some boards and finished back at the hotel ready to begin another day of adventures! 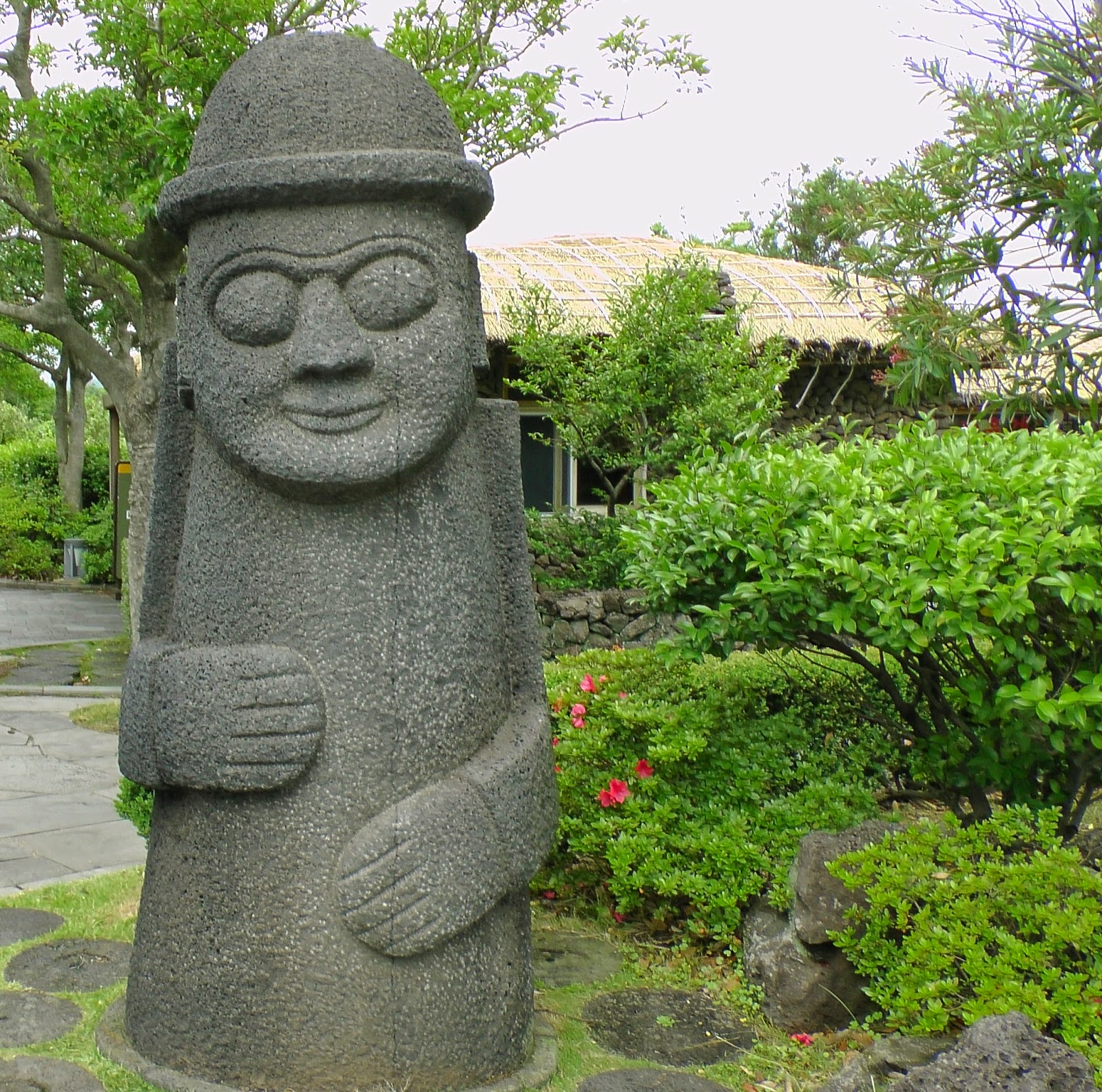 It was off to the Jeju International Airport because it was time to fly to Gimhae International Airport in Busan, the largest port in the southeast tip of South Korea.  After arriving on the Korean mainland, the team headed off to a big seafood lunch and the famous Jagalchi Fish Market.  Seemingly every sea creature in the world was on display and ready to eat in a moment's notice!  Shopping was next at the Jagalchi Market with street after street of shop after shop - there was even shopping below ground level!

Another thing the team did in Busan was to visit the APEC House.  This special place was constructed specifically for a special summit for world leaders in November, 2005.  It's name is the Nurimaru Apec House (nuri - "world" and maru - "summit") and it looks out over the ocean and the city of Busan.

The next moring started out with some exercise on the beautiful grounds of the Kolon Hotel in Gyeongju.  There was a artifically turfed soccer field that worked perfectly for the team's sunrise workout.  After a wonderful breakfast, the team visited Bulguksa Temple and the Seokguram.  Then it was on to the Gyeongju National Museum.  There was so much to see about Korean history and culture at these sights filled with historical treasures.  Among the many fantastic items, the precepts of the Hwarang-do, carved on an ancient rock, was on display for everyone to see at the museum.  During the visit to the National Museum, several of our black belts had a lot of fun befriending many a group of Korean school teen.  They played frisbee, exchanged samples of US and Korean money, laughed and took selfies with each other.

During the next day, the team headed northwest.  After a nice bus ride, including a stop at a Korean truck stop where a Native American trio was performing music for the South Koreans, the team made it to Muju, home of the brand new Taekwondowon.  We had a tour of this wonderful place of Taekwondo, which included a state of the art museum and the largest Taekwondo competition arena in the world.

After the visit to the Taekwondowon, the team returned to Seoul and immediately headed to the famous Seoul Tower.  This 777 foot tall tower looks out over the city of Seoul, and it was quite a sight!  After the tour to the top of the Seoul Tower, the team headed for dinner at a special place in downtown Seoul for their last evening in South Korea.

Following breakfast on the team's last day, they travelled to Yongin City and the Minsok Folk Village.  Everyone saw many interesting things dealing with how people lived in Korea in the past.  Highlighted at the folk village was the "Farmer's Dance", involving a troupe of athletic dancers, and a Korean National Treasure.  This treasure was not a thing, but an elderly man who performed incredible balance maneuvers on a rope that was high in the air!

Then it was on to Incheon International Airport, everyone eventually making it home with many stories to share.

This seventh stop on the CTI Black Belt Team World Tour was a resounding success and each member experienced and learned many things that will strengthen and enrich their training, teaching and their lives.

There are DVDs on the trip to South Korea.  Ask your instructor to put one on your television in your CTI Campus Lobby!
Posted by Colorado Taekwondo Institute at 3:49 PM