A Successful Step in History

It is hard to believe that August is already upon us. This year’s Expo went by way too fast.  Students from all Colorado campuses and Missouri, joined us in Granby for three fun filled days of Moo Sul Kwan workouts. The theme of this year’s Expo was “Step by Step.”  The weekend reinforced that each day we take one step toward or one step away from our goals.

Our weekend started promptly with an introduction to Expo and the Master Instructors who provided classes over the weekend.  Special guests instructors included Grandmaster Hildebrand and Master Jones.  The Adults kicked off classes in sparring, Chang Hon Poomse and Hapkido.  Teens and Juniors attended classes in kicking, walking drills and poomse.  The list of what we accomplished on the first night alone is very impressive.  The night was not without humor.  During the Hapkido class, a large thunderclap occurred at the exact moment Mr. Jones executed a dive roll.  The thunder and rain did not stop classes.  Classes continued indoors with as much intensity as the rain storm outside.  The night ended with skit practice.  Each campus found a secluded location so they did not reveal their trade secrets.

Saturday started early for the black belts with staff practice and poomse. Then the red and brown belts were provided an opportunity to learn staff. Regular classes began promptly at 8am.  Students attended classes on poomse, walking drills, self defense, sparring.  Two special classes were provided by Master Jones and Mr. Sandusky.  Master Jones joined students in the pool for Aquatic Taekwondo.  Students learned how to kick properly by observing how the water was affected by their movements.  While students were working hard in the pool, Mr. Sandusky provided an excellent and challenging obstacle basics class.  Students were challenged with obstacles that might occur when they were performing basics or poomse.  Of course the Saturday classes would not have been complete without the Parents Self-defense, cardio and how to help your child classes. 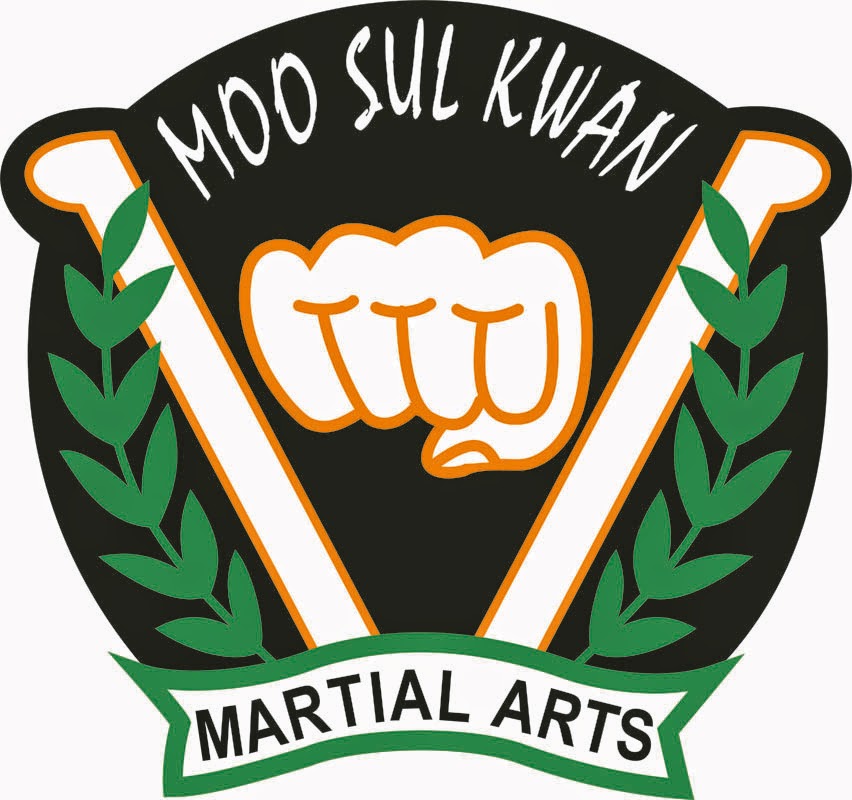 After a quick group picture and lunch, the Amazing Moo Sul Race 9 kicked off.  This year there was no chair lift to greet the racers.  Only an ominous mountain for them to climb.  While the race was physically and mentally taxing, everyone had a great time and once again had smiles at the finish line.  The two youngest competitors, Casey Feagans and Konner Evans rose to the occasion and completed the race with all of the teen and adult competitors.  The younger students had their own challenge on a course engineered by Mr. Freddy Sautel.  Students ran through hula hoops, sparred trolls, walked upside down, performed putt putt poomse, frisbee and volley ball toss, and much more.  To top it off, they performed flying side kicks over a tiger to the finish line.  The race was so much fun, many of the students asked to go multiple times. It was a blast!

Saturday wrapped up with a group dinner, songs and some unbelievably funny skits.  Don’t miss the video!  Campuses devised skits using Looney Toons, Scooby Doo, Peanuts, Alvin and the Chipmunks, Spongebob Squarepants and the Flintstones.  The crowd laughed at the costumes, anecdotes and entertainment throughout the night.  The band finished out the night with all of our favorite Hoshinmotion songs. Guests of the Inn at Silvercreek even stopped by to enjoy the music.

Sunday morning started early again with more staff practice for the upper belts.  Students were provided classes in Advanced kicking, Poomse, basics and even US History.  The Juniors became engineers and blasted off to Korea, when they designed their own compressed air rockets.  In all there were 24 different subjects provided this year at Expo in 76 different classes. Each step a student took in a class lead them one step closer to their next belt.  Thank you to all the Master Instructors, black belts, grandparents, parents and students that made this year’s Expo as successful step in CTI history.
Posted by Colorado Taekwondo Institute at 11:55 AM