CTI students and families converged on Tanglewood Park in Golden Colorado for the 5th annual CTI Summer Picnic on August 19, 2012.  Attendance records were broken with over 200 people in attendance enjoying the fun in the sun. The picnic kicked off early with CTI LeAD Team members and parents working together to prepare for the festivities.  A buffet of assorted foods and desserts accompanied the hamburgers and hotdogs from the grill.

Prior to the festivities, students filled the field playing frisbee and throwing the football.  After everyone was full from lunch students began to warm-up for the first ever CTI Picnic Olympics.  The practice and dedication to excellence was evident in the first event as students tied themselves together for the three legged Poomse competition.  All ages participated and some of the students were even adventurous enough to  attempt Chung-Mu!

The egg walking drill relays followed as teams of four were formed. Cheers from the crowd encouraged the teams to persevere as they attempted to not drop or break their eggs while running and performing various basic kicks such as the step behind side kick. Enough eggs were spared to team up with a partner for the egg toss.  Master Albrechtson and Mr. Sandusky demonstrated their ability to toss an egg to each other from an impressive distance. 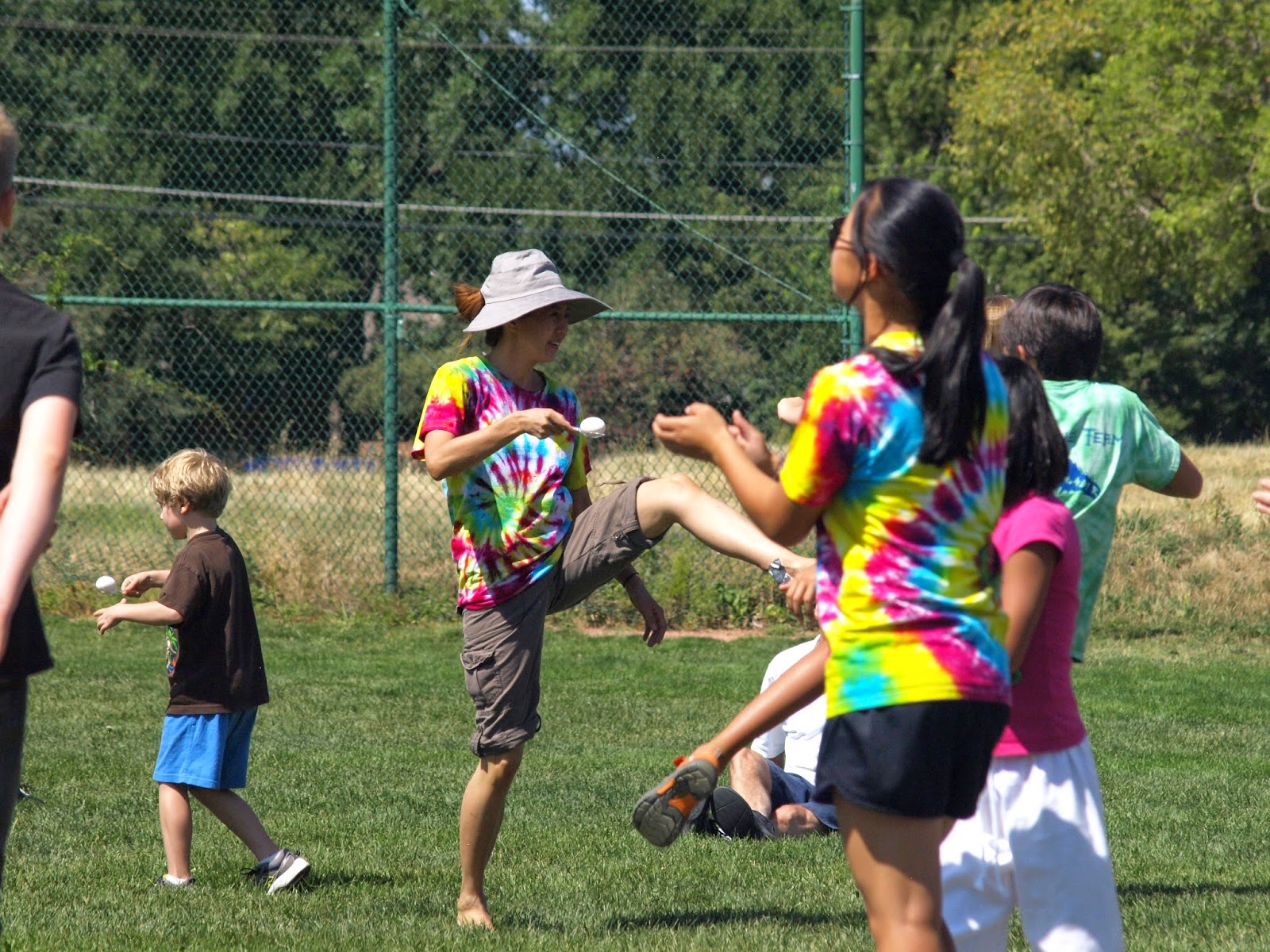 The groups were then split up. The teens and adults enjoyed fun with water balloons while the younger students were challenged by an obstacle course created by Mr. Freddy Sautel.

Finally, the younger students joined in the water balloon fun with a partner toss, target practice on Mr. Vargo.  The grand finale was spectacular when two huge groups faced off in a large water balloon fight.

Thank you for all those who attended. Special thanks to Golden parents; Mrs. Wong, Mrs. Spery and Mr. Lautrup for their help setting up.

Make sure to check out the pictures and video on www.coloradotaekwondo.com.
Posted by Colorado Taekwondo Institute at 1:30 PM