The Philosophy and Practice of Modesty 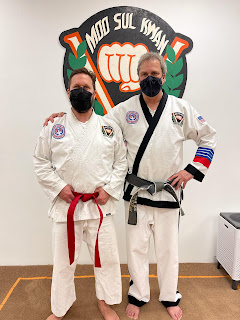 Modesty is largely recognized as one of the greatest virtues.  Modesty is the ability to be content with the wholistic self.  One’s skills, abilities, as well as personal qualities both positive and negative, the whole self.  True modesty is a balance between self-confidence, as well as not deprecating oneself for it is in self deprecation that false modesty is found and is a disguise for arrogance.  Arrogance is the embodiment of excessive pride, advertising oneself perceived and often self-proclaimed excellence and often is a disguise for insecurity.

Growing up many of us often were told by our elders that no matter how great, how smart, strong, fast “we think we are,” there will always be someone better than us.  It is in that phrase that they were attempting to teach us modesty and humility.  Because that’s the truth.  There will always be someone that has achieved a higher level than we have.  That is what ought to keep us honest, humble and modest.  Because it is in that that we truly can appreciate that in order to be in the highest level that we need to work for it.

In Moo Sul Kwan Taekwondo, the first lesson that we learn after “try hard, pay attention and do your best” is that nothing is given and everything in earned.  It is in this lesson that we can begin to appreciate that there is no such thing as entitlement.  Grandmaster James Sautel often brings up in class that it might take one person 250 reps of something to become proficient, while it might take another person 572.  The real point of that is that you must work, you must practice, no matter what your natural abilities are.  That is where modesty and humility come in.  For if you are the one that may only “need” 250 reps to become proficient, it makes no difference if you aren’t willing to do the 250 reps, the person that needs to do 572 reps will beat you each time because they know they must work harder, and instead of doing 572 they will do 700.  It is more than doing the bare minimum.  It is a desire to do the work to be the best and know that you must keep working.  The higher level a student attains the more work and maintenance is needed to hone and even keep the most basic skills learned at the beginning of their martial arts education and journey.  In so doing we also learn humility.

The student that feels they can get away with only doing the bare minimum to get by and rely on their natural talent are falling into the trap of arrogance.  Unfortunately for that student, the instructors at CTI are well trained and can spot these situations.  They know if a student is just doing the bare minimum because it shows.  It shows when a person asks the same question all the time, when they just “aren’t getting it”.   Now, this isn’t to say that if a person is asking the question multiple times that they are arrogant, they simply may not have been given the information in such a way that they are able to assimilate the information and they are working hard to understand it until they gain that illusive “lightbulb” moment.  The instructors can spot the difference.  It takes a level of humility to say “I’m just not getting it yet,” and modesty to recognize it.

At our Colorado Taekwondo Institute, the culture is well established.  It promotes modesty, humility, self-confidence, and positive self-esteem.  It is in our tenets, our aims and our objectives even if not explicitly stated.  It is one of our core values, as is hard work, paying attention and doing our best.  There is no entitlement, everything is earned, and it begins when we earn our first belt, when we begin as white belts.  That is our first step in our journey to a greater understanding of modesty.