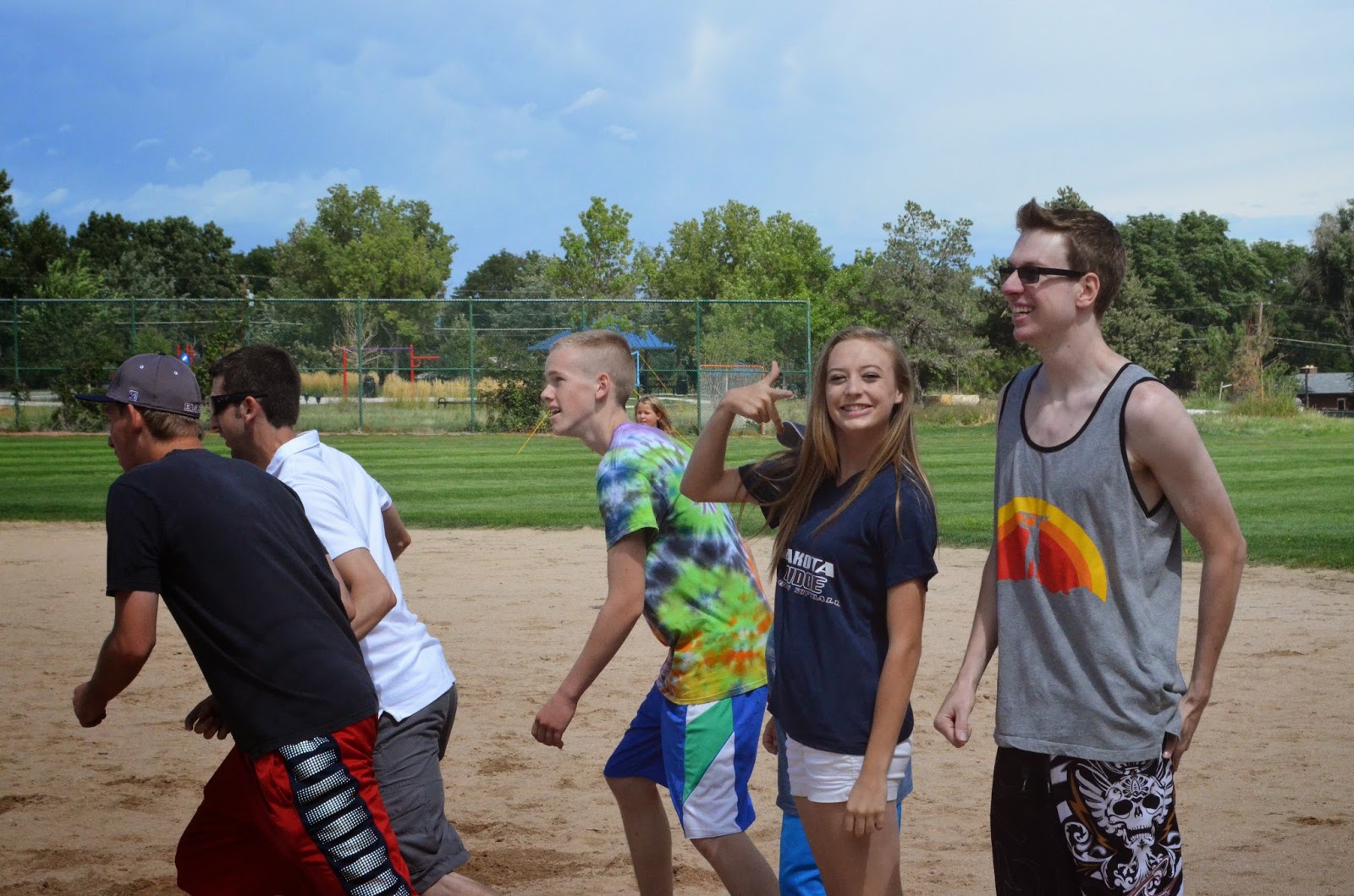 Our 7th Annual CTI Picnic took place at Tanglewood Sports Park on the last day of August.  Hosted by the Golden Campus of the CTI, this was the largest picnic to date with 325+ CTI people having loads of fun in the sun!

Spearheading the end of the summer event were Michael Sandusky, 3rd dan and Eric Evans, 2nd dan, both of the Golden Campus.  With the help of the Golden students, the last Sunday afternoon in August was a blast!

As people began to arrive a spirited game of California Kickball took place with twenty people on each team.  It went down to the final out and then everyone went to eat.  Complimenting the barbequed hamburgers and hot dogs was an incredible array of sides and desserts brought by the students and families from each of all the Campuses.  From homemade ice-cream to delightful fruit salads, from CTI cupcakes to guacamole with chips, there were delicious choices for everyone.

As people finished eating, games like Frisbee tossing, volleyball, climbing around the playground and more took place!  Later a good game of ultimate Frisbee and the traditional water fight happened to the delight of the onlookers!

The students and families of the CTI certainly know how to celebrate the end of summer and start this fall season with a bang.  See you at the 25th DMAC!
Posted by Colorado Taekwondo Institute at 2:31 PM