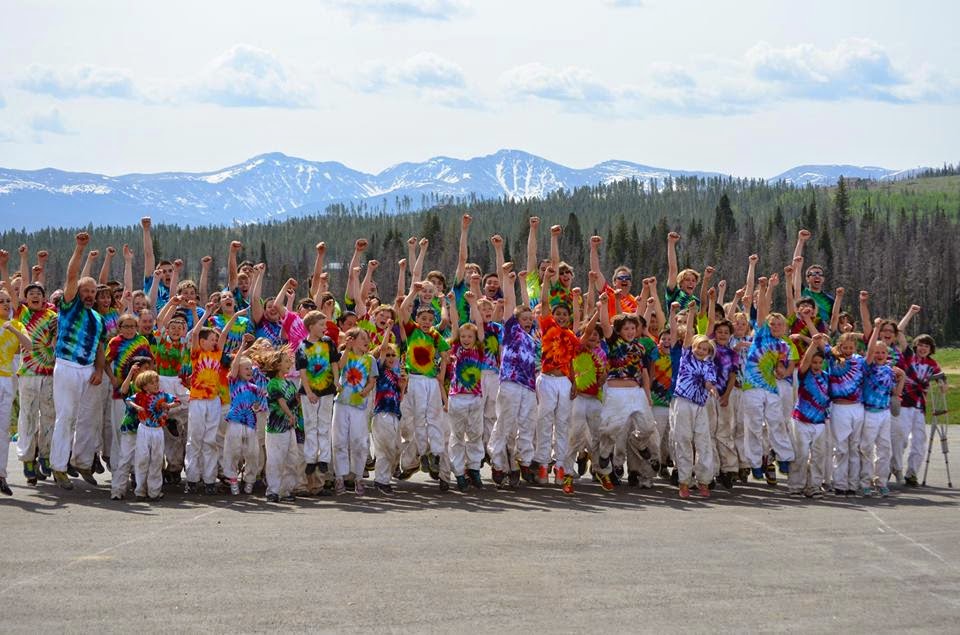 The weather was absolutely fantastic for the six day Camp Moo Sul Kwan '13 that took place at Snow Mountain Ranch in June!  A record 112 campers attended the week long camp put on by the Colorado Taekwondo Institute in excellent fashion.

One day, the entire group made the annual trek to the falls.  The water was probably at its highest level of all the years we've been to Camp MSK!

Always an extremely important part of Camp MSK is food.  As she does each and every year, Cindy Tusa was in charge of feeding this year's large group of hungry campers.  Cindy was aided by Master Jones, Pam Sautel and Kimberly Jones.  The food was fantastic and kept everyone full and happy.

On the last full day, everyone took part in Camp Quest III.  The several hour team competition took the campers all over Snow Mountain Ranch while performing a myriad of MSK martial arts activities.

On the last morning, special demonstrations were performed by the campers for the parents, family members and friends.  Each group had a colonial name like; New York, Massachusettes, New Jersey, Georgia and others.  There was even a bicycle demonstration performed by a large group of upper belts.  (This demo and the other demos can be seen on the CTI BBC page on this website - ask your instructor for more details.)

See you at next year's Camp MSK '14!
Posted by Colorado Taekwondo Institute at 4:58 PM