One day while Washbourne was working with children through community service welfare, he made an amazing discovery; he was able to make a breakthrough by teaching martial arts to children rather than traditionally counseling them. 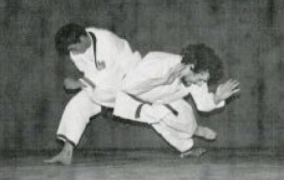 "They got a bigger pump-up after doing some martial arts training than after an hour of me counseling them," Mr Washbourne, 32, said. "A survivor of child abuse has had their confidence taken, innocent taken and their inner-strength is lost. They feel no one cares about them. We put those children with teachers and be there for them. We teach them they can be anything they want to be."

Adam himself has been training in martial arts since he was 4 years old and is now a black belt/ black t-shirt in 7 different forms of fighting.

Washbourne founded a charity called Fighters about three years ago. It was intended to coach victims of child abuse the South Korean martial art of Hapkido.

Various children who attend his classes require self-confidence and in some cases are too withdrawn to even communicate.

"We had a little girl and she literally hid behind the bags for the first few lessons," Washbourne told The Sunday Telegraph. “One day she came over and tapped me on the shoulder and said she wanted to do some martial arts. She recently got her yellow belt and is now so confident she walks up the people and introduces herself. It's amazing."

But teaching martial arts to children more than just knowing how to kick and punch.

Washbourne has been nominated for the Pride of Australia Award's Community Spirit Medal by Joanne Kelly.

"Adam was sick of hearing stories about kids being abused so he started Fighters," Kelly said. He saw kids wanting to train and their parents not being able to afford it, so he would put them in the class and teach them for free. The kids love it. It's changed their lives and given them a spark. When they're trying to achieve something and when they get there it's really special."
Posted by Colorado Taekwondo Institute at 11:00 AM