Taekwondo and Self Defense 101

Taekwondo classes prepare students for situations that could endanger them or those around them, making them confident, capable protectors of those who cannot protect themselves.

Because it emphasizes the importance of control and peace, it should come as no surprise that taekwondo is largely a form of martial arts self defense. Training is strenuous, memorization of moves takes dedication and focus, and the bonds you make along the way add greatly to the overall training experience, but the foundation of CTI’s taekwondo classes is peaceful in nature. For this reason, it is important to understand a thing or two about self defense practices. 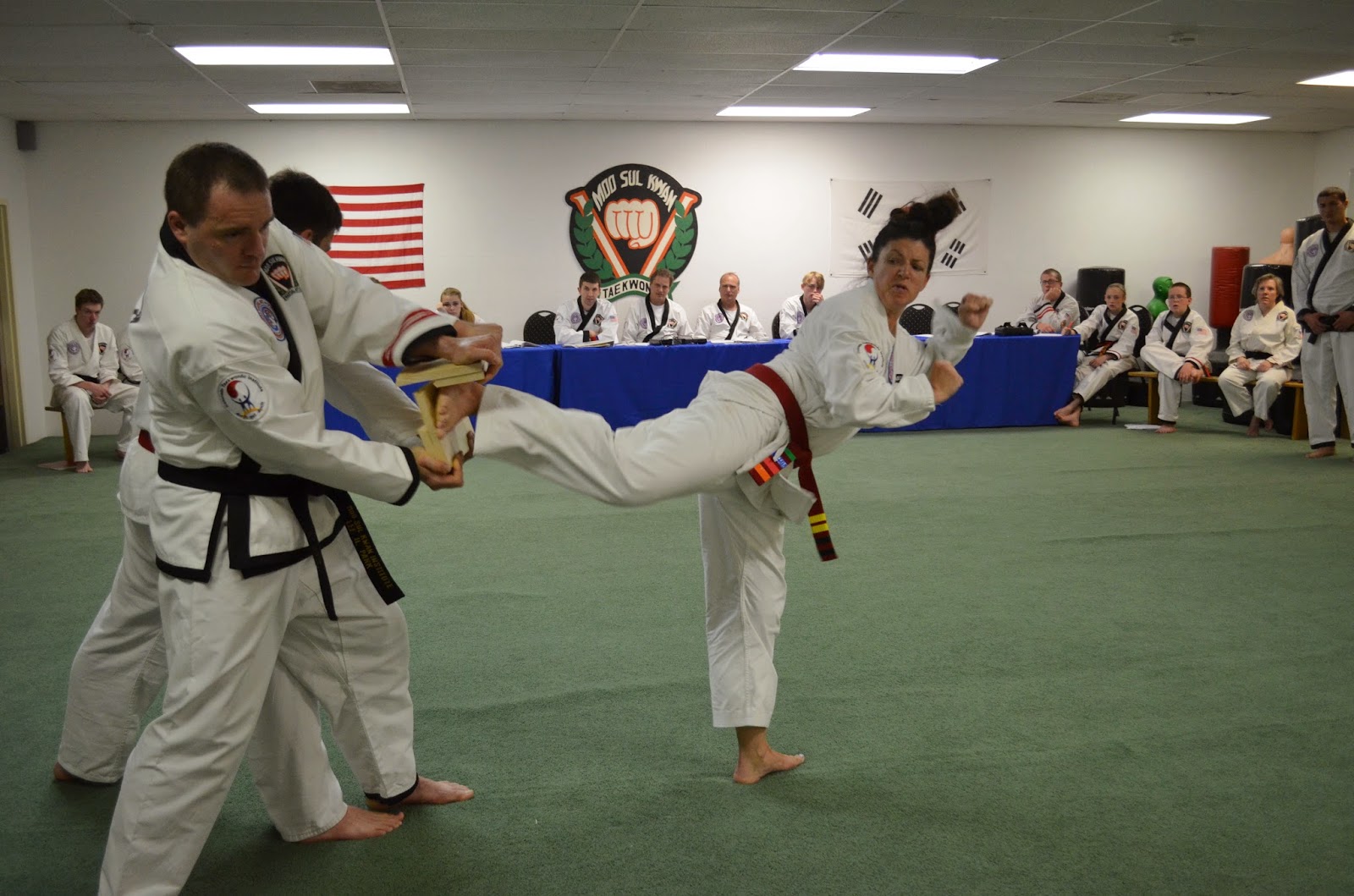 First, it is important to consider that self defense cannot be practiced without a partner. Martial arts students depend greatly on one another for the advancement of their training, and it is impossible to practice without the equal participation of an equally dedicated pupil. This not only creates bonds between fellow students; it gives each student a look into the attacker role, offering him or her valuable insight into overcoming an aggressive, violent point of view.

Second, it is valuable to understand the difference between two distinct kinds of self defense. The first is the hard, or linear way. This form of defense requires the martial artist to stop the aggressor’s blows using his or her own arms and legs in forceful throws and kicks. While this strategy tends to look violent and aggressive to others, its aim is not to harm the opponent so much as it is to protect oneself. This self defense form requires speed and strength, as well as an ability to predict the opponent’s next move.

The other form of self defense taught in taekwondo classes is soft, or circular. This method of combat is lower in direct impact between opponents. The goal here is not to use one’s arm or leg to bloke a blow, but rather to dodge it and use the opponent’s weight and momentum against him or her. To a large extent, this is the ideal form of martial arts self defense; neither the attacker nor defender receives any blows that cause injuries, and physical strength is not a requirement. This form does, however, take much more practice and skill, and can be very hard to master. As a result, both linear and circular forms are typically used by martial artists.

The ultimate thing to keep in mind about taekwondo is that, as a form of martial arts self defense, it does not aim to increase violence and aggression throughout the world. Rather, it aims to increase the ease with which peace and non-violence can permeate society by giving students the skills needed to subdue agitators. Taekwondo classes prepare students for situations that could endanger them or those around them, making them confident, capable protectors of those who cannot protect themselves.
Posted by Colorado Taekwondo Institute at 3:00 PM