Modesty is a very useful life skill that requires practice for most people to successfully develop. Unfortunately in today’s society, with the ubiquity of social media and even among traditional news outlets, it’s very easy to find examples of arrogance and hubris. More air time tends to be granted to those who brag loudly than those who speak modestly, making it difficult to find examples of positive behavior to emulate. 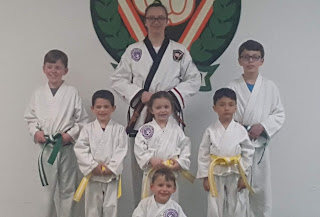 It’s human nature to want to pay more attention to winners rather than losers: for example, in professional sports. After a big game, reporters are granted access to the locker room to interview key players, and press conferences are held.When one’s team has won the game, it’s enjoyable to listen (or read about) the players describing what they did right and how they played well, and examine highlights of the game. When one’s team has lost, it’s tempting to just turn the TV off and not ever even find out whether the players take responsibility for the loss, lay the blame elsewhere, or praise the other team for having played a good game. In this way, we tend to limit our exposure to these potential, important examples of humility.

Role models of modesty and decency don’t tend to garner the same amount of interest as those of arrogance and pride. Athletes in particular often create a sensation when they brag about how great they are, and how much better they are than their opponents past and future. It makes us want to stay tuned and find out whether they are worth the hype they have created for themselves; whether we root for them or want to watch them fail, our attention is fixed on the loudest braggarts rather than other, more modest competitors. Why is it important to find role models? We need to know what modesty looks and sounds like so we can learn how to emulate those features.

By behaving with modesty, we can avoid putting ourselves into embarrassing and even potentially risky situations. We are imperfect beings, and even the best of us can have bad days. I might be a very good skier; if I were to go around bragging about my skills, I would draw more attention to myself and make it more likely that someone would decide to make me prove my abilities by challenging me to a race. Pride would compel most people to accept the challenge, even if slope conditions were less than optimal. Now I’ve put myself in a position where I feel I must push myself harder than usual for the sake of my own pride. If I should fall, or lose the race in some other way, it would be considerably more humiliating the more time I had spent going on about how awesome I was; not only that, but a high-speed fall on skis can be very dangerous. If I had simply been modest from the beginning, a loss wouldn’t sting nearly so badly as if I hadn’t put myself on such a high pedestal, and a win would still feel just as good. Or, perhaps I would have felt comfortable enough in my skiing abilities that I would not have allowed my pride to goad me into racing at all!

Behaving with modesty rather than arrogance may require a conscious choice or series of choices, at least at first. Paying attention to positive role models and choosing to imitate them, rather than models of hubris, can be helpful as we practice humble behavior. As with most things, the more we practice, the easier it becomes to make the correct choice. Modesty can help us avoid embarrassing situations, and keep us from putting ourselves at unnecessary risk.
Posted by Colorado Taekwondo Institute at 3:32 PM