An exciting event is coming in September! 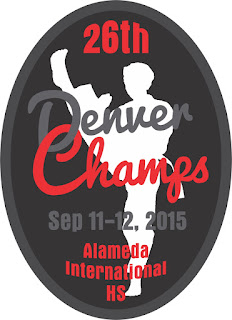 The 26th DMAC tournament is on September 11th and 12th at Alameda International High School.

During the 26th DMAC,  there will also be a DMAC Halftime were everyone lines-up, group pictures, the singing our national anthem and more!

This tournaments also includes two black belt grand champions, one an adult and the other one a junior.  The Grand Champions are chosen by the total number of points received in each of the competitions.

This is fun and action packed day that gives students and instructors the chance to show off what they know, meet new people, learn many things and see the benefits of good sportsmanship!